Halfway through the 60s (nearly) and I had at last persuaded my parents that it really was about time that they considered ‘getting television’.

Yes, we loved the little ‘Ecko’ radio set that my father forked out around 25 guineas for and even the HMV record player that he played all his ‘classicals’ on, but life in the 3rd form in my personal 1964 was becoming unbearable for me as probably the only boy in class that went home to Mrs Dale’s Diary (already now changed to The Dales), rather than The Five O’clock Club and Stubby Kay, Muriel Young, Ollie Beak and Fred Barker or Eamonn Andrews and Crackerjack.

Most of my television viewing up until 1964 then was courtesy of my pals and I owe them (or at least their long suffering parents) a debt of gratitude for introducing me to Muffin the Mule (don’t, please…), The Lone Ranger, Popeye, I Love Lucy, Wagon Train, Take Your Pick and Blue Peter (there was much more of course). The gratitude extends even more to suddenly becoming aware of separate TV companies forming part of the great ITV network – or ‘the ITA’ as we called it – with their memorable jingles and animated ‘idents’ (even early Granada had an ident that silently fluttered the letters from left to right to make the word ‘Granada’ above that northward-rising pointing arrow). Those that might have read my pieces elsewhere will know that I still get embarrassingly excited over three triangles forming into one and the ching-ching-chinging letters A, B and C. Such was (and is) the world of the boomer generation.

So it was with some trepidation at the age of 12-going-on-13 that I wrote a letter to our nearest branch of Rentaset (later, part of Radio Rentals) asking for a ‘brochure’ on the latest sets they were offering. I think I signed it in my father’s name and soon, Dad was persuaded that TV was probably at last past the J L Baird 30-line stage and had more or less been ‘perfected’ and he felt able to wrench himself out of the Victorian age and embrace the new media, if only for the ‘serious’ stuff like classical drama, Shakespeare and Dickens. In truth, and with some guilty reflection in my dotage, I suspect the cost of the enterprise also had a part in the delay of television coming to the Singleton household.

So the grand day of change arrived we strained our necks as we watched the man strap the aerial – probably mistakenly – to the furthest chimney stack from the lounge window, so the co-axial cable stretched right across the roof before eventually being threaded through the drilled hole in the window frame. 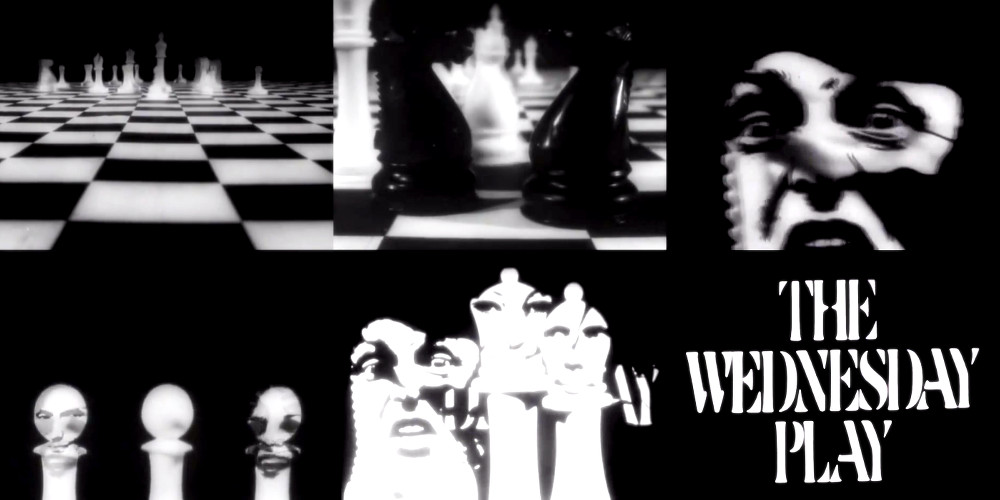 When our television set arrived, there were at first, some restrictions. Sunday was supposed to be a day of rest, so it wasn’t until around tea time when the traditional ‘Dickens-or-similar’ slot aired did the TV set really get warm, although later, the parental restrictions began to be lifted as they themselves became more enthusiastic. Censorship was still enforced however at other times – Wednesday Plays particularly suffered and Till Death Us Do Part did too, (Mum: “That awful man!”). 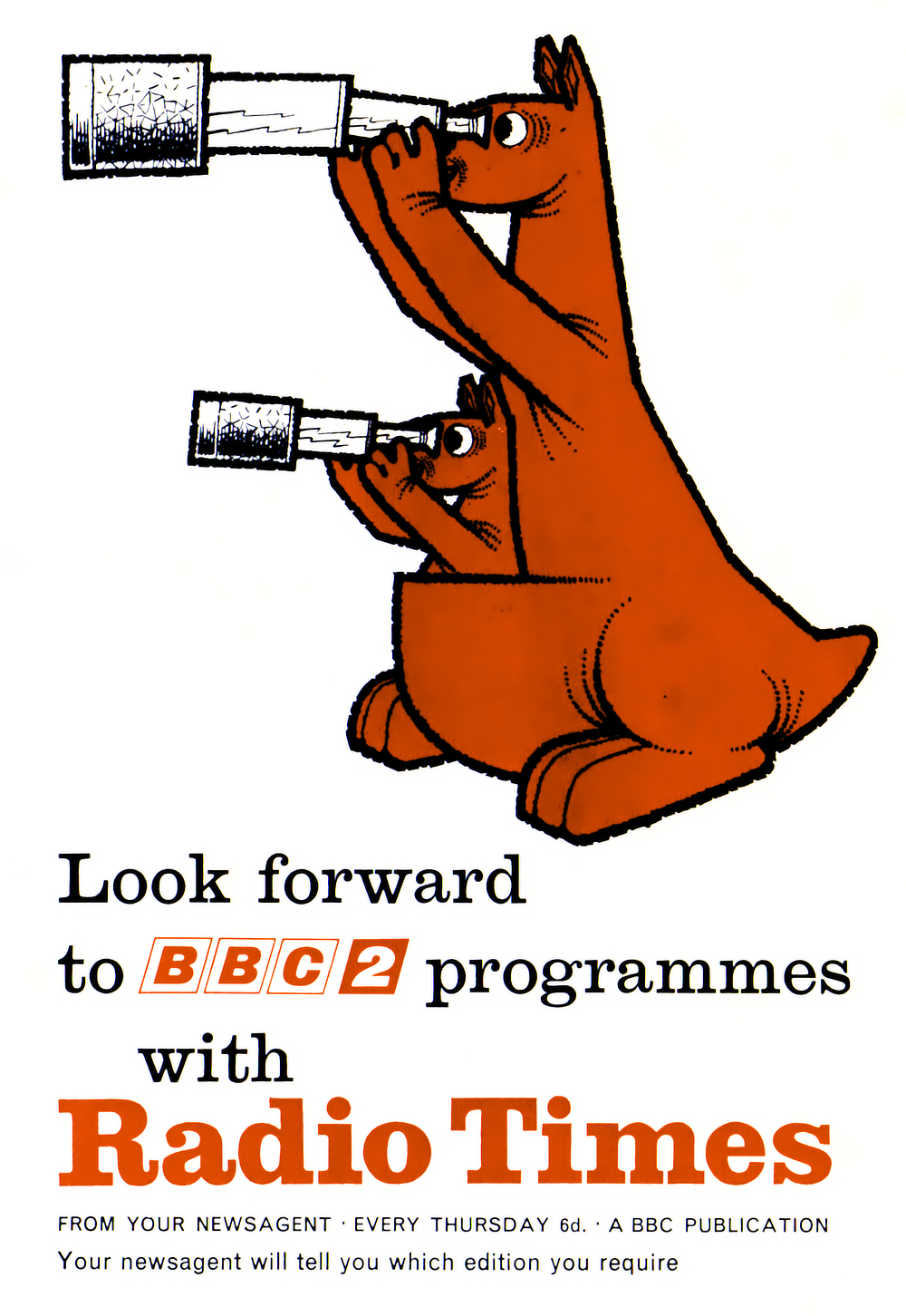 Limited to two TV channels, it was just thirteen days after my thirteenth birthday when BBC-2 began transmissions (it was a shaky start though) in this Great Year of Change but us “oop north” had to wait until 1965 before the Winter Hill transmitter started radiating those six hundred and twenty five lines. “It’ll be just like a photograph” the Radio Rentals man announced (over-egging the reality somewhat) when he came to add the UHF tuner to the dual standard ready set we had already swapped to in the excitement of the build up to the second BBC channel as it spread rather slowly across the UK. And that unusual aerial heralded to all neighbours that we “had” BBC-2.

There was something rather avant-garde about the channel, and it made much of the “625” tag… (Jazz 625, Theatre 625) and its prime remit was to promote knowledge building and accentuate new comedy, drama and the arts. One early parentally-approved drama was The Forsyte Saga with such names as Kenneth More, Nyree Dawn Porter and Eric Porter in the main roles of Galsworthy’s Forsyte novels. It was the last major drama made by the BBC in black and white and the family became firm viewers.

So 1964 was becoming a year that changed everything in more ways than one. The reason I always get the ‘what year were the Tokyo Olympics?’ question right is because of television. The TV coverage for me was the start of something exciting because Telstar had been launched (Telstar 1 in 1963 and Telstar 2 in 1964) and this meant pictures could be beamed across the world (although it wasn’t until the Synchro 3 satellite that geo-synchronous coverage became the norm). Names such as Mary Rand, Lynn Davies, Robbie Brightwell and Ann Packer stick in my mind even today.

But there other television milestones in the year – and what a start it was when Top of The Pops first burst on to the screens. It was to continue for 42 years, along with Christmas Day specials. The show became part of British pop culture and there are still “decade” repeats, although any later ‘disgraced’ personalities are wiped from existence. For me though, Associated-Rediffusion’s more anarchic Ready, Steady, Go! already on air for four months as 1964 dawned, was much more of a turning point in pop culture as it became more established on our TV screens and reflected more the mood of the day.

The Beatles went to America and appeared on The Ed Sullivan Show (three times in fact) and took the States by storm. Ed Sullivan was a big name and his CBS show had already a 16 year history so this was something of a British coup and America became fascinated by the English music scene and what later became to be known as the British Invasion.

Granada’s socio-economic study Seven Up! was first broadcast in May in the World in Action strand and has been revisited every seven years since. I remember the first one – and I’ll be watching again with fascination in 2019 when 63 Up! airs, if only to see who’s left…

The short-lived Not So Much a Programme… More a Way of Life launched in November and Ned Sherrin continued the satirical path laid down by That Was The Week That Was, which was removed from the schedules the previous year due to the impending general election. Not as sharp as TW3, it didn’t last long and was followed in 1965 with BBC 3, hosted by Robert Robinson.

And although Granadalanders weren’t aware until later on, ATV’s Crossroads opened for business (“Crossroads Motel. Can I help you?”). Whether or not this was a highlight of 1964 is a debate but it deserves a mention – as does the dubious birth of a new newspaper, The Sun. 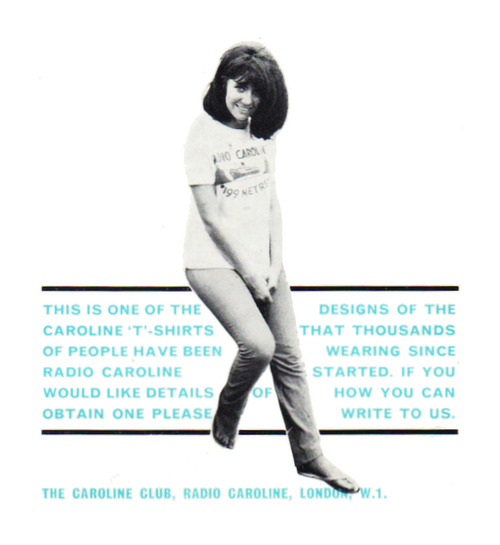 But 1964 wasn’t all about television. A cultural shift was in the air and at Easter, we became aware that we could twiddle our medium wave radio sets to one-nine-nine and listen to something called Radio Caroline. However, it wasn’t until Caroline North anchored itself off the Isle of Man that I really became aware of the power of change that the pirate radio stations were making. No longer were we limited to the BBC Light Programme or even Radio Luxembourg (which was subject to some dreadful reception) we were able to listen to pop music presented in a way that captured the ‘1964 shift’.

News today is fed to us round the clock – but for us early teens in 1964, we were limited to fairly short news bulletins on television. But nevertheless, some big stories of ’64 (some irrelevant, some more significant) have been retained in the hard drive of my memory – so much so, that there seems little capacity left for more recent stuff that seems to dematerialise as soon as it’s taken in.

My younger associates are sometimes amazed at the trivia I can come out with from my youth, for example that first telephone number, the Ford Classic my headmaster ran, the registration number of my friend’s dad’s Ford Popular, the cost (6d) of my weekly TV21 comic and the name of nearly every boy in my 3rd form class on those long whole-school photographs taken every year where the photographer’s camera panned from left to right and we were all told to “keep still, boy!” We had nicknames for all our ‘masters’ – Chalky, The Baz, Johnno, Nev, The Twitch and Mr Woodhouse’s moniker ‘Timbershack’. It’s all there, stored away, and occasionally gets all mixed up in my dreams into a weird video-maelstrom of past and present.

Digressing (as I do) the some news events of ’64 come to mind:

Harold Wilson’s Labour government took office following the October general election, beating the Conservatives and Sir Alex Douglas-Home’s premiership. Poor AD-H was never very good televisually – appearing like a white skull in front of the camera, and he never really warmed to television, unlike his successor at No. 10. Here was a man of no Oxbridge strain – a grammar school boy – who captured the mood of the nation with his “white heat of technology” speech at the previous year’s Labour Party Conference. I read somewhere that Harold preferred a good cigar to his pipe, but a pipe was a little more working class. Urban myth maybe, but it’s a good story.

In December, the news was that the death penalty was finally to be abolished and, as a consequence, ‘Moors Murderers’ Ian Brady and Myra Hindley escaped with life sentences where previously they would surely have been hanged. Even though capital punishment was handed out less and less over the previous few years, the last executions did take place in 1964 at Walton Gaol in Liverpool and Strangeways in Manchester.

And on the subject of criminality, the Great Train Robbers whose £2.6m haul in August of 1963 had been almost romanticised by the press, were handed out a total of 307 years in sentences at Buckinghamshire Assizes on 16 April.

Then there were the railways – Oh! Doctor Beeching – what can be said? In this year, Richard Beeching resigned as chairman of the British Railways Board and my memories of my parents bewailing the closure of many of the smaller railway lines are as clear today as they were in this year of change. After all, we weren’t a car-owning family then, so buses and trains were very important and the demise of the branch lines was something of an inconvenience.

Donald Campbell set the world water speed record on New Year’s Eve in Australia and yet the later news story of his death three years later probably meant more to me as that happened much nearer home. The Campbell story was indeed one of derring-do and ultimately, tragedy.

The Year Everything Changed… certainly for me and many of my peers, it did seem that there was change in the air, although we probably weren’t as aware of it until much later in life. We just accepted it as ‘the way things were’ at that time. In personal moments of reflection, I think of the music, the fashion, the changes that took place in broadcasting in television and radio, the changes afoot in education and science and those also within my own home and family that probably moulded me into the person I became. Every generation could probably say the same about its own ‘year of the decade’ but ‘sixty four’ is certainly up there as a milestone. 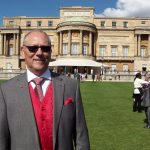 Pete Singleton is a presenter at HCR104fm, a technical operator for his local branch of the Talking Newspapers Association and a proud babyboomer. He was awarded the British Empire Medal in the 2013 Queen's Birthday Honours for services to voluntary groups