We start the day with a trip to ITN in London. In various periods, the ITV companies had repeated programmes from last week’s ‘Sunday Session’ in the space before actual programmes began on Saturday. Not today.

Saturday Sportstime (1.20pm) This was the replacement for Let’s Go, which had started as a strange mix of sport, entertainment and magazine features in its first series, then begun to focus much more heavily on sport in its second.

ITV’s sports output was often the dregs. Given the choice, most sports preferred not to be televised at all, lest the attraction of sitting on your own sofa at home to watch outweighed the need to go to the grounds or stadium and pay an entrance fee. Second choice was for the sport to appear on the BBC, quite possibly because the viewers were thought to be of a ‘better class’. ITV came a poor third, which is why there are such minority pursuits as tenpin bowling, basketball and wrestling on offer today.

The tenpin bowling coverage on ITV on weekends usually came from an ABC Weekend Bowl (which were open during the week as well, strangely), former cinemas converted to bowling alleys by ABC TV’s owner, the Associated British Picture Corporation, who owned the ABC Cinema chain. Today, Rank, owner of ABC Cinema’s rival network, Odeon/Gaumont, are getting in on the act via their converted Odeon in Southall. Since we’re in south London, ATV wheels out the OB units and the commentator, their announcer Shaw Taylor.

Wrestling was usually an hour from 4pm, so we can only assume it was a slack day for other sports that needed filling with today’s hour and 35 minutes. The wrestling was nearly always an ABC contribution, making it something of a speciality for them. Kent Walton, of Associated-Rediffusion, was the long-serving commentator, which helped ABC sell a wrestling highlights packed to A-R for networking on Wednesday nights, under the banner of “Independent Television presents”.

The line “Televising some or all of the following bouts” is wonderfully vague. Tough luck if you’ve tuned in to see your favourite wrestler and he’s not one of the ones selected. 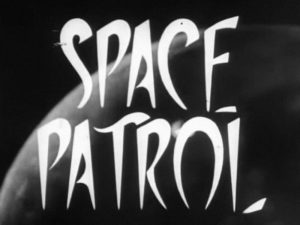 Space Patrol (5.15pm) Roberta Leigh and Arthur Provis had branched out from Gerry Anderson’s organisation – Provis was the ‘P’ in APF – and set up on their own. With ABC’s backing, although it was not an ABC production by ITA rules, they made three series, 39 episodes, of what some critics called a low-budget Fireball XL5. It hasn’t received the love and adoration that the Anderson series have garnered, possibly because, like the live-action Emerald Soup the year before and the awful US import Lost in Space the year after, it was steamrollered into oblivion by Doctor Who over on BBCtv.

Thank Your Lucky Stars (5.50pm) Coming from the Alpha Television Services studios in Aston, near Birmingham, you might think that it was hard work to get stars in to sing. You’d be wrong. At first, ABC lavished cash on the stars’ agents to get them to come up from London for the show. Later, the show became so huge that the agents were queuing to get their clients on air.

The format was a pretty standard one: an audience of teens listened along to various stars singing (or miming) in the studio. But ABC added more than the rival Ready, Steady, Go! and Top of the Pops and the like by including not just chart toppers but potentially up-and-coming bands (The Cresters here being much more heavy on the potential than the up-and-coming bit) and by having local girl Janice Nicholls with her heavy Black Country accent leading a team deciding on points to give the latest American 45s – perhaps the only place you’d hear such music in Europe outside of AFN unless it actually charted here.

Another addition was a guest disc jockey, brought in each week to help Radio Luxembourg’s Brian Matthew present the recorded music they played out. Tonight it’s Desmond Carrington, at this point most famous as an actor in Emergency – Ward 10, but an audiophile in his own right. He would go on from here to hosting his own much-missed show on the Light Programme and Radio 2.

Big Night Out (6.35pm) Howard Thomas of ABC and Lew Grade of ATV spent the entire period between 1956 and 1981 bickering, if Thomas’s autobiography is anything to go by. He accused Grade of wanting to programme the entire weekend with his dross and let ABC pay for it. Thomas wanted ABC, which on weekends was two thirds larger than ATV, to have at least two thirds of the programming pie, which ATV contribute to.

To get anywhere with this on-going row, Thomas needed ABC to have a like-for-like replacement available for any ATV show, preventing Grade from holding him hostage by taking away ATV’s big hitters as a negotiating tactic. Big Night Out is one example of this. Here it’s a fun 50 minutes early on a Saturday evening. But it can be easily moved to Sundays at 8.25pm without the viewers complaining that they’ve lost their fix of famous people doing variety on the Palladium show. Big Night Out on Saturdays was transformed into Blackpool Night Out on Sundays later for exactly that reason.

Howard Thomas’s policy here eventually gave ABC great leverage over ATV London. When negotiations on something for the weekend went sour, he could swap out ABC’s own programmes for ATV ones, and also deny ATV something they really wanted – The Avengers often ended up on a weekday on Rediffusion, just out of Grade’s grasp, quite possibly mainly as punishment.

Interestingly, Thomas couldn’t remain angry or annoyed at Grade. Nobody could. A stand-up row at Great Cumberland Street, Hanover Square or even, in very bad times, at the ITA in Knightsbridge, was over in minutes due to Lew never bearing a grudge. They’d be spitting venom at each other in an office one minute, and the next Lew would be on the phone to Howard to tell him about the very famous person he had just met and how wonderful they were and perhaps we should do a show with them and wouldn’t that be fun and… well, how do you stay angry with that? 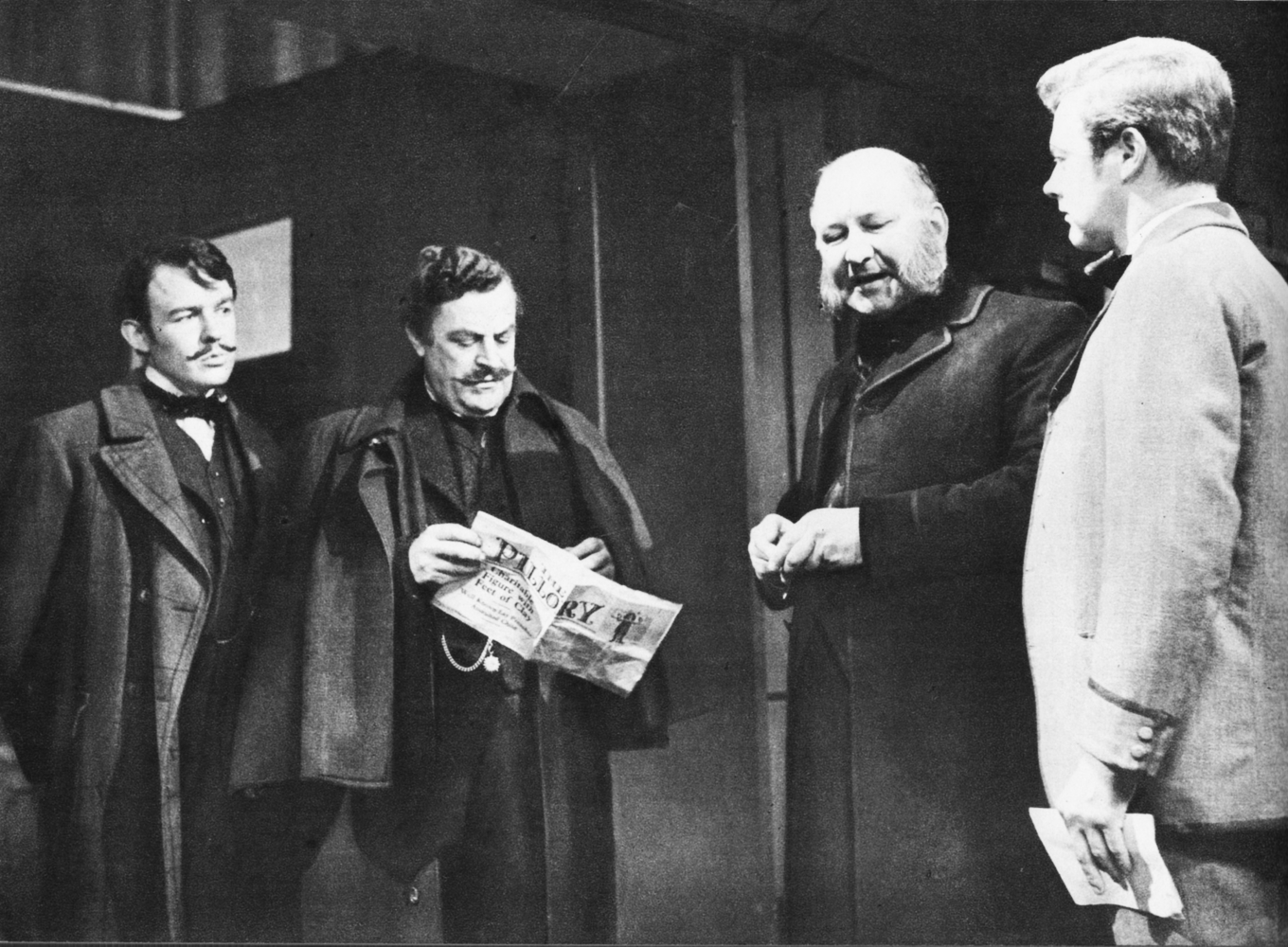 Sergeant Cork (7.25pm) Earlier in the 1960s, the ITA had decided that programmes produced by ATV under the ITC banner could no longer count as ATV productions for the purposes of deciding network quotas and general brownie points with the Authority. If it was on film, it was mostly likely aimed at foreign markets, so claiming such programmes as ATV’s own was not to happen any more. (Curiously, when ABC switched The Avengers from video to film, and began to heavily market it abroad, the ITA was not so much concerned, going as far as allowing ABC’s successor Thames to claim the final series of The Avengers as its own despite having exactly zero input into it.)

ATV’s response was to make a couple of series of things on 405-line video, and gamble that the resulting telerecordings on to film would be good enough for foreign purchasers to turn a blind eye to the picture quality. Sergeant Cork was one of these, a huge hit in the UK across 6 series of 66 episodes, but also popular in the Commonwealth, if not so much in the 525-line colour USA.

The Avengers (9.10pm) We’re just over half way through Honor Blackman’s last series of the popular drama and its switch to black and white film and surrealism with Diana Rigg joining Patrick Macnee in the lead roles. Most notable about this episode, which is creepy but a bit clunky in places, is the presence of Barry Letts as Oliver in the cast. Yes, that Barry Letts, future showrunner of Doctor Who.

Espionage (10.10pm) As mentioned above about Sergeant Cork, here’s that ITA decision in action. Espionage started life as an ATV production on film. But it was aimed at an export market and had ITC’s fingers all over it, so off it went to ITC and it thus disappeared as a network show. What’s unusual here is that it’s on ABC, since ATV used the excuse of having to individually sell the series to each ITV company rather than networking it to show ITC series on ATV London at weekends and ATV Midlands on weekdays, freezing ABC out; the series could thus only be sold to Granada if it was to be seen in the North.

Yet here it is in the North and the Midlands on a Sunday, possibly reflecting its ATV roots. This episode isn’t a classic, as the series attracted quite a few names in guest star roles in other editions, including Millicent Martin, Joan Hickson and Pat Troughton.

Gazette (11.05pm) A general election was due at some point in 1964. The space between this election and the last one in 1959 had seen a new invention on television: satire. As biting satire does, it made the great and the good uncomfortable, even as they pretended to enjoy it.

The government thus leaned heavily on the broadcasters to knock it off until after the election, most famously leading to the death of That Was The Week That Was over on the BBC Television Service. The same pressure was brought to bear on the Independent Television Authority. The result was satirical sketches disappearing from ATV’s On The Braden Beat. For the other main programme that had a vein of satire running through it, ABC at Large, it caused the disappearance of the show.

But not of the stars and the producers and the general ethos. They returned with this series, ABC Gazette (as it appeared on screen), with the satire of the predecessor removed but handed to the band The Scaffold, who could be relied upon to make very cogent points hidden beneath the Merseybeat music and the clever lyrics of Roger McGough.

The great and the good would, at this time, be far less likely to listen to the pop music part of the show, and if they did, much more likely to miss what was being aimed at them.

Personal Column (11.45pm) The pressure on the broadcasters to avoid satire and other comment in the run up to a general election gave ABC the opportunity to continue doing it but at one remove. A five-minute commentary after ABC Gazette allowed a firebreak for the ABC at Large crew – it’s not part of our programme, guv. Putting a newspaper journalist in the studio and giving him (it’s 1964, it’s a him) free rein allows ABC to put the satire and the commentary back into the slot, but to divorce themselves from the content. If you’ve got a problem with it, take it up with the journalist or his newspaper… which they won’t because you don’t want to do battle with the newspapers in an age when almost everybody read one and many bought both morning and evening papers.

Kif Bowden-Smith is the founder of the Transdiffusion Broadcasting System. Russ J Graham is the editor-in-chief.

Europe
From this morning, the first Sunday of Advent, Roman Catholic mass is now to be said in the local language of each Church rather than mainly in Latin with some Ancient Greek
Official Singles Chart
Tonight's Stingray episode
'Raptures of the Deep' (ATV London)