For the past six years radio’s daily average audience has been steadily rising, and by the early weeks of 1964 the figure had risen to a total of 28 million people listening at some time or other every day. On the average these listeners use their radios for 2¼ hours every day, another figure which has been increasing year by year. These facts show clearly that there is a widespread demand for radio programmes, and they must cater for a considerable range of interests. The BBC has always taken the view that it has a duty to serve minorities as well as the big audiences. Since radio is a relatively inexpensive medium it is well able to meet these demands, and programmes range from ‘Two-way Family Favourites’, with a weekly audience of about 20 million, to those for small audiences numbered only in thousands with highly specialized interests.

In order to provide this diversity the BBC broadcasts three programmes, the Home Service, the Light Programme and the Third Network which includes as a major element the Third Programme. These programmes are described in greater detail in the following pages. Each programme has its own character and is planned within its own framework, but there is also complementary planning between the services to ensure, for example, that programmes of the same type are not broadcast at the same time on different wavelengths.

The form and content of radio programmes are continually changing to keep pace with developments. One of these developments has been the very rapid spread of the small portable transistor set in the last few years; in 1963 alone some 2 million were sold. Another development has been the increasing popularity of the car radio set, about 1½ million of which are estimated to be in use at present. The freedom to listen in any room, or in the car, or in the garden, or away from home is undoubtedly one of the reasons for the increase in the daily average audience. At the same time greater mobility has meant that many listeners cannot or do not want to concentrate for long periods on programmes. For this reason the BBC has increased the number of magazine type programmes, such as ‘Today’ and ‘Roundabout’, which can provide entertainment for those whose listening time is limited.

It is unfortunate that the increase in the number of transistors has not been matched by a comparable development in the use of VHF sets. Reception in the overcrowded medium- and long-wave bands continues to be difficult in many areas, in marked contrast to the interference-free reception which VHF can provide. VHF is particularly valuable for listeners to the Third Network. Medium

wave coverage of this network reaches only 69 per cent of the population while VHF coverage is 98.4 per cent. Yet another advantage is the greatly superior quality of VHF reproduction, a fact of significance to music lovers for whom the new Music Programme is planned. Although more and more listeners are turning to VHF – about 350,000 VHF sets are bought each year – the BBC hopes that this pace will accelerate.

1964 saw the beginning of the sound radio extensions which were recommended by the Committee on Broadcasting and subsequently approved by the Government. These had been held up by contractual difficulties which were resolved during the course of the year. They include an earlier opening at 5.30 a.m. and later closing at 2.00 a.m. for Light Programme and the broadcasting of a serious music programme on Third Network during the daytime. The extensions are being introduced by stages, and further details are given in the following pages. An extra half-hour was added each day from Mondays to Fridays during the winter months to the Third Programme.

The Home Service, which serves the broad middle section of the community, necessarily overlaps to a certain extent with the Light Programme on one hand and with the Third Programme on the other. But it has its own distinctive characteristics. It carries out many of the functions of information and education enjoined on the BBC in the preamble to its Royal Charter, being, for example, the main vehicle of news, and for daily reporting on Parliamentary proceedings when the House is sitting. In the field of current affairs it exploits fully the potentialities of radio for rapid world-wide coverage in its provision both of news and of comment and discussion. The Home Service carries sound broadcasting’s programme for schools. Its music programmes concentrate on the great standard works. It broadcasts several dramatic productions each week, including stage plays, serials, works written specially for radio, and adaptations from novels. Its programmes provide a basic national pattern which can be varied by each regional Home Service to suit the particular needs of the region in question.

The main purpose of the Light Programme is to provide a service of entertainment and relaxation for the majority. Its basic ingredients are popular music, light music, comedy, and light drama, which includes the daily serials. Brief news summaries are broadcast at half past the hour every day, with a more restricted service on Saturdays and Sundays. Short weather forecasts are provided as part of a general service, and a special service of shipping forecasts on 1,500 metres is provided for those at sea in coastal areas.

Sporting events of many kinds are covered in the Sports Service transmitted on the Third Network wavelengths on Saturdays, and this frees the Light Programme for the broadcasting of entertainment music specially designed for those who listen on car radios and transistor and portable radio sets. This policy has increasingly been extended to other daytime listening hours, particularly at week-ends.

Full attention is paid to the interests of the home listener who has no television set or may not wish to spend all his time watching television. This is particularly so in the evenings, when the schedules include as wide a variety of programmes as is consistent with the main purpose of the Light Programme.

The Third Network consists of the Third Programme, the Music Programme, and other programmes designed to appeal to minorities of one sort or another including ‘Study Session’ and the Sports Service.

‘Study Session’ is broadcast from Monday to Friday between 6.30 and 7.30 p.m. It serves minority audiences who seek to increase their knowledge or extend their awareness in some particular field – for example, by learning languages (Russian, French, German, Italian, Spanish) or studying in some detail a period of history (The Greeks, The Normans, The Renaissance) or deepening understanding of some area of contemporary affairs, whether political, social, literary or scientific. There are regular programmes in science, social studies, current affairs, music, education, and the arts.

On Saturday afternoons a special Sports Service is broadcast which provides a continuous programme of commentaries and reports on sporting events. The Third Network is also used for special programmes including ball-by-ball commentaries of the Test Matches and for experimental broadcasts in stereophony. 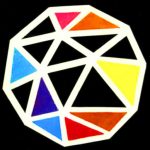 Published annually from the 1930s until the 1980s, the BBC Handbooks were the official record of the BBC's policies and finances for the preceding year