How much do the British public listen to BBC radio and view television? Has the pattern changed in the sixties? The BBC’s Survey of Listening and Viewing makes it possible to attempt to answer these questions.

Take radio listening first. The sixties have seen a quite marked expansion in listening to BBC sound broadcasts. Since virtually every home has at least one radio receiver, and has had for some years past, a fair measure is the number of hours of listening to them per head of population (excluding infants). Here are the estimates for the past four years:


This expansion has taken place despite the fact that listening after 6.00 p.m. has decreased. Whereas listening per capita before 6.00 p.m. has gone up from 5-7 hours a week per head in 1960-1 to 7.6 hours in 1963/64, listening after 6.00 p.m. has dropped from 1.6 hours to 1.1 hours. The downward trend in evening listening is, of course, nothing new. It is largely a consequence of the growth of television. From the earliest days of television it has been clear that people who have a choice between viewing television and listening to the radio tend to exercise it differently in the evening and in the daytime. In the evening they usually opt for viewing, cutting the time they spend in listening to a mere fraction of its former length. In the daytime, on the other hand, the ‘pull’ of television encounters much stronger resistance. When both television and sound broadcasting are available, substantial numbers of people, who could view, continue to listen. And, of course, there are many hours during which radio holds the field alone. At one time fears were expressed that people whose former listening habits had been broken by television might come to neglect radio in general. Experience has shown there to be little substance in this. The increased use of radio broadcasting in the daytime is indeed very largely accounted for by the listening of people who have television sets.

It must also be pointed out that even though BBC radio’s evening audience is much less than it was in pre-television days it is by no means inconsiderable. Recently (during January-March 1964, for example) it averaged one-and-a-half million persons, nearly half of whom were people who could have viewed had they wished to do so.

The amount of time spent in viewing British television (whether of BBC or ITV) increased during the sixties, but this was to be expected, for the number of people with television sets increased. In the spring of 1960 some 80 per cent of the population had access to a television receiver; four years later this figure had grown to 90 per cent. The table below shows, quarter by quarter, the estimated weekly amount of viewing (whether of BBC-TV or ITV) by those with television sets (the ‘week’ is taken to include 2.00 to 11.00 p.m. on Saturdays, 3.00 to 11 p.m. on Sundays and 5.00 – 11 p.m. on weekdays, making forty-seven hours in all).

PER CAPITA TIME SPENT IN VIEWING TELEVISION EACH WEEK


These figures certainly do not suggest that the sixties have seen any significant change in the amount of time viewers have devoted to viewing. But they do show that viewing fluctuated seasonally quite substantially. In winter people tend to view about 25 per cent more than they do in summer (whereas they listen to radio only about 10 per cent more in winter).

If each of these figures is expressed as a proportion of all multichannel viewing, they show how much of it, quarter by quarter, was devoted to BBC-TV, thus:


Between April-June 1960 and July-September 1961 the BBC’s ‘share’ fluctuated between 37 per cent and 40 per cent. During the next three quarters (October-December 1961 to April-June 1962) conditions were abnormal, for during much of this period a dispute with Equity affected the nature of ITV programming. However, the BBC’s share in those weeks which were unaffected by the dispute were such as to suggest that a substantial shift would in any case have been apparent. This was confirmed by the results for July-September 1962 – the first fully ‘normal’ quarter after the dispute was settled – for the BBC’s ‘share’ (44 per cent) was found to be appreciably greater than it had been in the corresponding months of 1961 and 1960. A further sharp increase occurred in October-December 1962. Although this was not wholly maintained, the BBC’s ‘share’ in 1963-4 (46 per cent) was substantially larger than it was in 1960-1.

Turning now to single-channel viewers, they can, by definition, only view BBC-TV (unless they view outside their own homes). The annual figures for their viewing were as follows:

To obtain a complete picture of BBC viewing over the years, and of what this amounted to as a proportion of ‘all viewing’, it is necessary to combine the contributions of multi-channel and singlechannel viewers. This gives the following results:


It will be seen that as the years pass these figures become progressively closer to those, given above, for multi-channel viewers only. This is because single-channel viewers are becoming rarer every year. (In 1960-1 one viewer in eight could only view BBC programmes; by 1963-4 this proportion was not much more than one in forty.) In short, with each passing year the area of competition increased. Despite this, the total amount of BBC viewing in 1963-4 equalled that of 1960-1 and the BBC’s share of ‘all viewing’ was slightly greater. 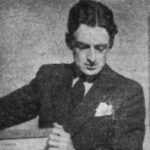 R. J. E. Silvey was the head of audience research at the BBC