Each week viewers are presented with some 7½ hours of talks, discussions and documentary programmes. Together with news, religion, and education they account for about a third of all programmes.

The network’s main current affairs programmes are This Week (Rediffusion), World in Action (Granada) and ITN’s Weekly Report, all of 30 minutes’ duration and transmitted weekly.

This Week seeks to interpret, by special film reports, studio interviews and discussions, current developments of political or sociological significance, both at home and abroad; each edition is devoted to one or two topics. Material during 1964 included reports on some major issues of the British General Election, full-length interviews with leaders of the three main political parties in Britain, accounts of the situation in East Africa, poverty in the USA, Rumania’s concept of national communism, and an examination of important sociological questions such as divorce, society and the psychopath, and fatherless families. In addition to its regular series, This Week from time to time presents special reports, examples during 1964 including programmes on cancer, the Greater London Council elections and the Christmas road deaths.

World in Action presents in depth a major story of current interest. Topics in 1964 included H.M. the Queen’s visit to Canada, Senator Goldwater’s nomination as Presidential candidate, the death of Lord Beaverbrook, and the Aberdeen typhoid outbreak.

ITN’s Weekly Report provides a close-up on the big news stories of the week.

Another current affairs series transmitted over a number of Independent Television areas is What the Papers Say (Granada), in which a well-known journalist reviews the treatment given by the Press to the week’s news. Regular contributors have included Michael Frayn, Bernard Levin and Brian Inglis.

A number of short series of current affairs programmes have included The Outsiders (ATV), which considered three minority groups in North America; and Press and Presidency (ATV), in which foreign journalists described their countries’ attitudes to the US Presidential Election.

Most of the programme companies produce regular current affairs series for transmission in their own areas. There is a wide range of subject matter and treatment, but the emphasis generally is on local participation or topics of particular interest to local viewers. Series of Party political broadcasts continue in accordance with the agreement between the broadcasting authorities and the Parliamentary parties. In addition, extensive coverage is given on Independent Television to the Party conferences, local and Parliamentary elections are reported fully by ITN and the programme companies.

On alternate Wednesdays Independent Television presents, in the form of a documentary feature programme, an extended study of a subject of world or national significance. Produced in turn by Rediffusion, ATV and Granada, they are intended to give a comprehensive account of a major area of politics or sociology. Recent examples have included programmes on tribalism in modern Africa, current social changes in Iran, economic pressures in Italy, studies of Lenin, George V, Baldwin and Hitler, and an examination of mixed marriages in Britain.

Most of the programme companies from time to time produce feature programmes for transmission in their own areas.

Series on science or natural history are an established feature of Independent Television’s output. They are usually presented as regular weekly programmes over a period of several months. Recent series have included The Enemies Within (ATV), which considered certain illnesses in the light of current medical research; Survival (Anglia) on wild life preservation; People Like Us (Granada), studies in animal behaviour; and Another World (Granada), on aspects of natural history. Southern Television provided live coverage of the British Association’s annual conference.

Nearly all the programme companies produce one or more regular weekly series of practical and outdoor magazine programmes. A major group is that of the farming magazines, which, while catering specifically for the interest and needs of the local farming community, often appeal to a wider public. There are a few general country series and some gardening programmes. Several series deal with various aspects of domestic science.

Each week during most of the year outstanding documentary films have again been presented by John Grierson in This Wonderful World (Scottish). Another regular weekly series All Our Yesterdays (Granada), considers events of twenty-five years ago and makes fascinating use of contemporary newsreel film. After Dinner (ATV), a series of late-evening conversations featuring distinguished women, was introduced in August 1964. A series of interviews with highly successful young people was presented in The Young Tigers (Rediffusion). Among other programmes available in many ITA areas were On the Braden Beat (ATV), a satirical commentary on the contemporary scene, and Fair Play (ATV), in which grievances of the individual are discussed. In addition, there have been a number of local documentary series and individual programmes.

Feature programmes are presented regularly on alternate Wednesdays by Associated Television, Rediffusion and Granada. Examples during 1964 were:

Many other feature programmes are produced from time to time by the various companies. A few examples are given below:

Some of the many other documentary programmes produced during 1964 are listed below: 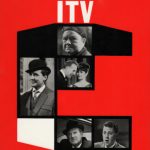 Tags: after dinner, All Our Yesterdays, another world, fair play, on the braden beat, people like us, press and presidency, survival, The Enemies Within, the young tigers, This Week, this wonderful world, weekly report, What the Papers Say, world in action