A pretty woman, a handsome man, figures clambering up a mountainside and a row of incinerators. Why these pictures? What is the connection? Watch ITV’s dramatic production The Other Man, by Giles Cooper, on Monday.

AN epic play on a disturbing theme — that is The Other Man, the two-and-a-half hour production on Monday.

It is the longest play ever to be seen on one night on ITV. And that’s not all. Including extras, there are 200 people in the cast, 60 with speaking roles.

Fifty technicians were needed to record roughly 10 hours of tape, which has taken weeks to edit. Two weeks were spent on location.

Sorry, I cannot reveal anything of the story. I do not want to spoil the impact of this exceptionally serious and original work—brainchild of one of television’s outstanding writers, Giles Cooper.

There is, however, no doubt that, having switched on, you will not be able to leave it until the end.

Giles Cooper’s script has been expanded from a four-page idea to its present length — 240 pages. He has worked closely from the beginning with director Gordon Flemyng and producer Gerald Savory.

The three have thrashed out plot details until in its final form the play is a taut drama, entirely tailored to the needs of television.

“Until now epics of this proportion,” said Gordon Flemyng, “have been the preserve of the films. Now I think we have achieved one for TV.

“I have tried to open up the medium to show that it is capable of good large-scale, as well as small-scale, work. For the first time, 1 believe, all outside scenes have been shot outside.

“To avoid a quality change from film to videotape, all the exterior scenes have been shot on tape, too, also for the first time. 1 think this adds to the real-life quality of the production.”

The cast is headed by Michael Caine as George Grant and Sian Phillips as his wife Kate. Michael, a South Londoner, told me: “Until I was cast as the infantry officer in the film ‘Zulu’ I had always played ordinary Cockney types.

“When he was casting ‘Zulu’, Stanley Baker remembered me from a role I had played in another of his productions, and I got the part of an officer in the South Wales Borderers.”

On location in South Africa the Zulus nicknamed Michael “The Child of Heaven” because of his long, curling blond locks. They were in fact “having him on,” Zulu-style.

Sian Phillips is married to actor Peter O’Toole. She began acting when she was four — as a fairy in her mother’s Welsh school plays. At 11, she became a professional on radio and stage. She played her first adult role when she was 15. 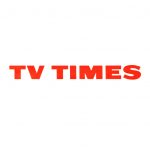 As well as reviewing plays for the TVTimes, Alan Blyth (1929-2007) was a music critic for Gramophone magazine, the Financial Times and the Daily Telegraph