Dogs, of misfortune and misunderstanding, at the heels of BBC-2 in its early days created a picture of it which was wrong, and which is only now being corrected. Some thin Italian hands, of course, were at work. Some whiffs of old grapeshot were scented from the commercial lines. It would be naive to suppose the new channel was launched into an entirely friendly world. The black-out of the first night was succeeded by the dim-out of the first few months in the hard, bright light of the finest summer for five years. Some bought new sets without realizing they needed new aerials as well. The strange new rooftop devices were thus often angry last straws. Many more, aware of this need, were frustrated by apathetic or ignorant landlords. Propagation problems were aggravated by the high blocks now so typical a part of the London, and Greater London, scene. Then there was the Seven Faces of the Week policy, pleasing to some, alienating to a majority who found some nights when they wanted to watch nothing at all. ‘So quick bright things come to confusion.’ We said we would make mistakes, and we did. But they were not all ours. There were a few programmes that were actually bad. But Michael Peacock’s scrapbooks grew fat with praise of the good and new ones. It was ironic, but galling, to read on one page of the dailies and weeklies that BBC-2 was a ‘flop’, and on another, warm critical notices of its outstanding items. Meanwhile the audiences in the South-East, many of whom escaped the sampling nets because they were outside the official fringe area of direct reception, or were being supplied by local enterprise even beyond the Home Counties, were still small, smaller than we would have wished, but deeply appreciative. Letters and telephone calls, which in the experimental stages of a new service may be more significant than scientific samples, proved that, in their hundreds and thousands.

The next stage in this comical, tragical history (and history, said Carlyle, is a distillation of rumour), was when, foolishly, as it turned out, we allowed the news of a feature film deal, in which BBC-2 was minimally concerned, to be revealed at the same time as our plans for the necessary re-shuffle of the nightly pattern. The watchdogs were loosed. Making all kinds of assumptions from an absentee position, the critics bayed. ‘One sees more devils than vast hell can hold.’ ‘From now, on, BBC-2 is on its own, so far as I am concerned’, was a favourite line among those who believed, honestly

and erroneously, that they had been betrayed in their support of the new channel. Gradually, and generously, they retreated, as they realized the alarm was false, that what was happening was a spread, and not a dilution, of the programmes which marked BBC-2 out from BBC-1 (and naturally, from ITV), that the minorities were being catered for at least as comprehensively as before, that many of the timing changes were being made, not to tuck such programmes away on the sidelines, but to present, so far as possible, an array of common junctions with BBC-1. This could not, of course, eliminate the agony of choice, but at least it reduced the unfairness of it. Anyway, it quickly became clear that the UHF viewer liked the new plan, and began to watch something every night. This meant that many of the more unusual programmes got a better chance of a spill-over audience. It was an all-round improvement. Seven faces became seven days.

As we expected, with the coming of autumn, and the disengagement from elections and athletics, the number of UHF sets and the volume of BBC-2 viewing in the South-east grew appreciably. But it was undoubtedly the unexpected acceleration of coverage for Birmingham which gave the second channel the fillip it needed. ‘BBC-2 Showcase’ on Sunday afternoons on BBC-1 whetted appetites as it was intended it should. The press in the Midlands displayed a daily interest even before the transmitter was open. The industry, in all its parts, became more and more confident of disposing of sets. First reactions in the Birmingham public were friendly, positive, and contained a certain robust contempt for people in the South who took a long time to know a good thing when they saw it.

Perhaps ‘heart’s desire’ pitches it a bit high. Nevertheless, in terms of programmes accomplished, sometimes by the rawest recruits, sometimes by older people drawn into new effort and new imagination, the first nine months were more than pregnant; they were a new birth. Thinking back to the very large and unexpected range of musical programmes, for instance, or to the breakthrough into the ‘new leisure’ by ‘Time Out,’ or to ‘Theatre 625,’ which was, ‘seminally’ to be in the word fashion, at least as important as anything happening in that time at the Aldwych or the Arts or the Court, or to the various kinds of interrogation in depth for politics or science, or to the acceptance of ‘Tuesday Term’ as a start in re-education which is now a national issue, or above all to what is already a worldwide as well as a national impact of ‘The Great War,’ thinking back to these things seen, by those who have BBC-2,1 would be prepared to match myself against Bacon: ‘A crowd is not company, faces are but a gallery of pictures, talk but a tinkling cymbal, where there is no love.’ If we still have less than a crowd for BBC-2, there is a company and an enlarging one; faces are increasingly alive; talk is more than percussion. Love, in terms of eager, professional skill, is being lavished on our company. Enough of statistics, for this book; they are the ghoul, anyway, at any programme feast. Poetry is of graver import than history. We have Aristotle’s word for it. At this moment, I am more concerned with the poetry of BBC-2 than with its history. 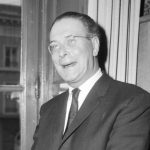